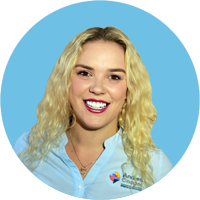 Some parents of late talkers often ask if their child has Autism Spectrum Disorder, as it is one of the first red flags identified by parents.  This blog will provide some information about the causes and aspects of the disorder, to help you identify if your child may have the condition, and where to seek further advice.

Autism as a Rainbow

Have you ever thought about Autism Spectrum Disorder as a rainbow? There are so many beautiful colours; each one interlaced to create the most individual and beautiful display! That is how we like to think about people with Autism Spectrum Disorder. Each one their own individual with a range of different attributes and characteristics relating to a spectrum of traits. The word spectrum reflects the wide range of difference that people on the spectrum experience and the degree to which they may be impacted. No two people on the autism spectrum are the same, each person has unique strengths and interests.

What is Autism Spectrum Disorder?

Autism Spectrum Disorder, or ASD, is a lifelong developmental condition. It impacts the way individuals interact with, relate to or engage with their environment. For a person to be diagnosed with autism they must present with social communication and social interaction difficulties. They must also have restricted or repetitive behaviours, interests or activities. ASD is now described as a spectrum due to the wide variety of severities that exist within the disorder.

Prevalence and Co-occurrence of ASD

According to ‘Autism Spectrum Australia’ 1 in 70 Australians are diagnosed with autism spectrum disorder.

We know that boys are 2.5 to 4 times more likely to be diagnosed than girls.  However, it is important to note that the traits are often different in girls, and therefore it can be harder to identify/diagnose.

Fraternal twins of individuals who have ASD have an increased risk of being diagnosed.

A person with an identical twin who has ASD has a higher chance of also having ASD.

10% of people who have ASD also have other genetic or chromosomal conditions, such as Down syndrome and fragile X syndrome.

When a loved one is diagnosed with ASD, it is instinctive for us to ask why. Unfortunately, we still don’t know all the answers.

Autism is a diagnosis based on the observation of particular behaviours; currently, we have no reliable biological test for autism.

For now, we don’t know the exact cause of autism however research suggests it’s a combination of genetic and environmental factors.

There is currently lots of research being undertaken to identify if there is a genetic cause for autism.  At this stage, what we do know is:

Some research has found links between prenatal exposure to high levels of air pollution and pesticides, and the child having ASD.  However the evidence is not conclusive.

Older parents may be a factor – There is growing indication that older fathers and mothers (over 45 years) are at increased risk of having a child with autism. Older parents are more likely to have children with developmental and other disorders.

Pregnancy and birth – Pregnancy and, to a lesser extent, early infancy appear to be crucial periods when brain development may be affected. Bacterial or viral infections in the mother during pregnancy have been found to slightly increase the risk of autism however this is only a minor factor.

Other factors in the mother that could be related to offspring autism include maternal gestational bleeding, gestational diabetes and the use of certain antidepressants during pregnancy, but no conclusive evidence exists for any of these links.

What doesn’t cause autism?

Bad parenting – There was a bleak period in history from the 1950s to 1970s when autism was believed to be a psychological disorder, and blamed on cold, uncaring parents, usually the mothers.  This has been proven wrong by science and autism is now recognised as a disorder of brain development with genetic links. Nothing you said or did as a parent caused your child to develop autism.

Vaccines – A countless number of scientific studies have effectively ruled out vaccines as a cause of autism. Concerns originally arose around two issues of Mercury and the MMR Vaccine (Measles, mumps Rubella).  In 2014, a meta-analysis, using the results of 10 studies and over 1.2 million children, found no link between vaccines and autism. The World Health Organization, the European Medicines Agency, the American Academy of Pediatrics and other leading international health groups have also concluded there’s no link.  Unfortunately, the belief persists among anti-vaccination campaigners, who are very vocal on social media. Vaccines Save Lives, and don’t cause Autism.

While there are many different traits that can be linked to ASD, some of the red flags that can be identified around 12 months of age include:

How can a Speech Pathologist help?

As speech pathologists, we do not diagnose Autism Spectrum Disorder. However, we are often requested to contribute to the assessment by providing information about the child’s communication, interaction and social skills.  We can help families decide whether further assessment by a paeditrician is required.

We are also able to provide information and strategies to support the development of the following skills:

Joint attention refers to the shared attention between two people and the same object or event. For example, a child may look at his mother, then point to a dog walking past to draw her attention to it.  He will then look back at her to make sure she has seen the dog walking past. Children with ASD often have difficulty with joint attention.

There are different types of play which contribute to the development of communication skills and provide information about how children interact with their environment. These include people play, exploratory play, functional play and pretend play. Children with ASD often have difficulty developing later stages of play and playing socially with others.

Imitation is an important part of child development. Imitation allows children to engage in social exchanges and helps them to learn new things. Children with ASD may struggle with imitation skills, required for early communication development.

I think my child may have ASD, what should I do next?

If you have any questions about Autism Spectrum Disorder or would like some guidance regarding the processes of diagnosis, please Contact Us.

You should also talk to your GP to arrange an appointment with a paediatrician.

Read our blog ‘Speech & Language Development’ for more information about the stages of communication development.

Where to find out more:

School Readiness – What is it?